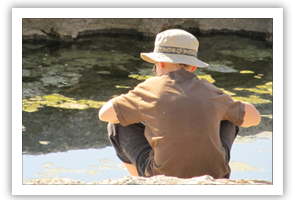 In February OFC had an Onward & Upward Retreat (O&U) for 12-15 year olds. This is a fun age group, and this particular group was especially attentive to the different speakers in all four sessions. But the highlight of the weekend was the O&U version of “The Amazing Race”. It was not really a race but more of a way to challenge the groups of teens and counselors with an activity at each location. After the goal was accomplished, they would receive their next clue to another location. Not only did everyone get a little exercise, but it also afforded the opportunity for all participants to see the entire campground.

It was around 42 degrees Fahrenheit the morning the race began. The wind was blowing pretty well, so the wind chill put temperatures around 35-36 degrees. Therefore it became important for the groups to listen, gain an understanding of the requested activity before attempting, and then work together to be successful.

As each group finished their sixth and final activity, they were given a box of valentine candy to share among the group. It was a challenging yet fun activity despite the cold.

Another highlight was enjoying the company and reactions of new teenagers that thoroughly enjoyed the retreat. One enjoyed it so much, he wrote a poem and read it aloud to the entire group as we were leaving on Sunday.

It was a great Onward & Upward weekend retreat!