One Weekend Was A Lifeline – A Weekend of Hope, Love & Confidence

There is no better way to begin the new year at Our Father’s Children than with a retreat. Onward & Upward, weekend retreats for 12-15 year old abused & neglected teens, was held in February and it was a great retreat! It was great because we got see the change in growth and maturity of the teens from the previous year. It was great to see friendships renew and new relationships form. Here is a story and some pictures captured from the retreat.

Jay had attended our Royal Family Kid’s Camps. He had also attended our retreats. He was even a participant in our newly started mentoring program. His counselor for the upcoming retreat was also his mentor. He had been meeting with him twice a month and they were both enjoying their time together. 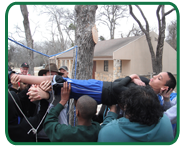 On Friday, the counselor received a call from Jay’s mom. She had been called to the school. The school was concerned for Jay’s health and well-being. It had been discovered that the boy was being bullied and he had been dealing with it by hurting himself. The mother and counselor felt he should still come to the retreat if at all possible.

At the retreat, the counselor was thankful that all three character-building lessons were directly applicable to his camper. The first lesson was on Hope and knowing that God was there with you in good times and bad. This boy needed to know God was with him. The second lesson was on Love. In the lesson, the first leader discussed that you needed to not only love others but also yourself. The second leader discussed Luke 6:32-36 in which we are asked to love not only those who are nice to us but also those who are not. In the breakout sessions, the campers were asked what they loved about themselves, who they knew that was hard to love, and what would it take to unconditionally love those that are hard to love. The camper was able to open up to the counselor. He was honest and told the counselor he wasn’t ready to love the person who had bullied him. Regardless, Jay had someone who knew the situation and could support him. He wasn’t alone. The third lesson was on Confidence and how you should have confidence in yourself and in God. With God, you could be confident in areas that you hadn’t been before.

Each lesson spoke directly to the hearts of both the hurting boy and counselor. Sometimes, we ask ourselves questions like what can be accomplished in a weekend? What impact can one weekend have? For Jay, one weekend was a lifeline. One weekend was hope, love and confidence. 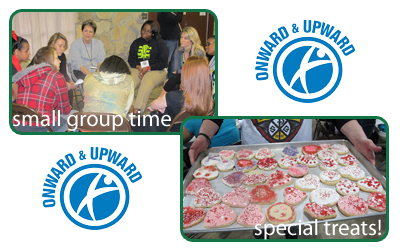